Kirk Douglas on Radio Free Europe and Voice of America 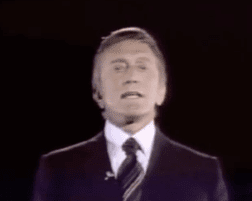 By Ted Lipien Kirk Douglas in "Let Poland Be Poland" As Putin's propagandists are again spreading lies around the world and trying to undermine American democracy, it would have been useful for the Voice of America (VOA) to have mentioned in a  short VOA obituary  Kirk Douglas' defense of free speech behind the Iron Curtain. Kirk Douglas also defended free speech in the United States by opposing in the late 1950s blacklisting by Hollywood of writers and actors suspected of communism. Some of them were Communist Party members but most were not. Even those who were Communist Party members had the right to free speech. The VOA report mentioned that Kirk Douglas had helped to end the blacklisting of Dalton Trumbo who was the screenwriter for the Hollywood movie  Spartacus , in which Douglas played the title role and was the executive producer. The report did not mention that the film was based on a bestselling book by Voice of America’s former chief news writer a
8 comments
Read more